Ford Figo has been in the car market for quite some time and it has earned enough sales and appreciation by now. Figo was one of the first cars in the hatchback segment which delivers a rare combination of performance and power and is moreover affordable to the common man. It was first showcased at Delhi in September 2009 and was on roads by March 2010. It received a minor facelift in 2012. Ford again updated the Figo in 2014 to stand up against the intense competition in this segment. Let us see how the Figo has carried itself in the long run.

The first model was developed on the same platform used for Ford Fiesta and it had certain resemblance to the latter except for the front and rear. The second model, which came in 2012 featured a larger hexagonal grille and got redesigned head and tail lamps. The seats got new fabric and the steering wheels got mounted audio controls. The latest 2014 Figo model gets some external styling elements like alloy wheels and fog lamp bezels and also some added features like Wi-Fi. However the overall design and mechanics have remained same throughout all these face-lifts. And now, Ford is ready to bring in the Figo Ka concept hatchback with significant exterior, interior as well as mechanical changes. It was already showcased at the 2014 Motor Show. This will be the second generation Figo and car enthusiasts are eagerly waiting for its arrival. 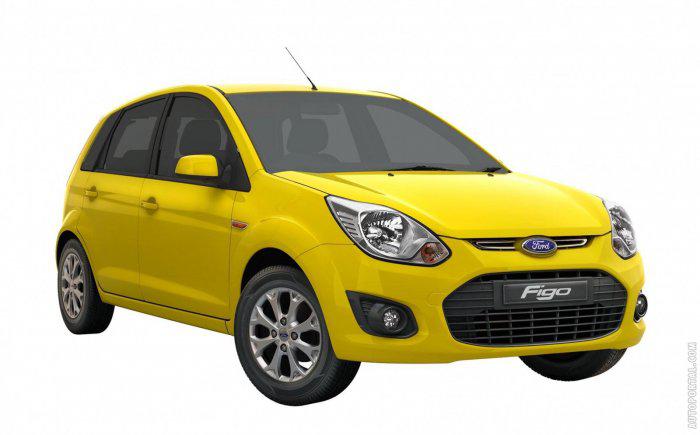 Figo has a flexible and frugal engine which makes it a great driver’s car. Ford offers Figo in both petrol and diesel variants including LXI, EXI, ZXI and Titanium – all with five speed manual transmission and power steering as standard. The petrol one is a 1.2-litre, 1196cc engine giving out 70 bhp of power at 6250 rpm. The diesel engine is a 1.4-litre, 1399cc unit delivering 68 bhp of power at 4000 rpm. The petrol variant gives a mileage of around 12.5 kmpl in the city while on the highway it offers around 15.5 kmpl. On the other hand the diesel car yields a mileage of 16 kmpl in the city and 19 kmpl on highways. The next generation Figo is expected to be powered by Ford’s prestigious 1.0-litre, three-cylinder turbocharged EcoBoost engine, though its power output has not been confirmed yet.

Ford Figo has always been appreciated for its sorted driving dynamics and it is inclined more towards the fun factor. The hydraulic steering unit along with a stiff suspension setup adds to the fun around the corners. Handling is sharp while the hydraulic steering provides good feedback. Figo stays totally under control even on high speeds and is one of the safest cars around.

For more information on new cars & bikes log on to Cars expert & Bikeportal.in

World Automobile Jeju Museum — the past, present and future of automobiles